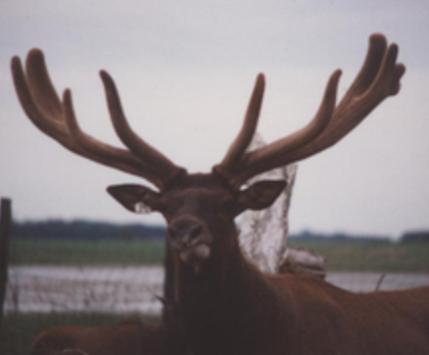 Velvet antler has been highly valued throughout Asia for its abundant medicinal and health promoting qualities for many centuries. Antler is one of the most important ingredients in traditional Oriental medicine. It is still consumed today by millions of people in Asia as a major tonic for promoting strength and stamina, for maintaining good health and preventing illness. In traditional oriental medicine, velvet antler has been used for thousands of years to:Restore and maintain good health. Extensive research studies on velvet antler, in Russia, China, New Zealand and North America, over the last century have confirmed many of the benefits claimed by the traditional medicine practitioners. Elk Antlers grow very rapidly and are cast each year at the end of winter to start a new growth cycle. They are humanely harvested, without drugs or chemicals, in the velvet stage before they harden into bone while still mostly composed of cartilage and have the highest biological activity. Our elk velvet antler is prepared from the inner core of velvet antlers and is rich in vital components and nutrients.

It contains anti-inflammatory agents, such as glucosamine sulfate and chondroitin sulfate, powerful growth factors, minerals, including calcium and phosphorus and protein and amino acids. . Our elk velvet antler is the highest quality product available on the market today. Antler is harvested only from elk raised on our farm.   Antler is harvested at the time of highest biological activity and is freeze-dried to prevent damage from heat and ensure maximum potency and long shelf-life.

INDICATIONS FOR USE OSTEOARTHRITIS

Osteoarthritis is a progressive degenerative disease resulting in cartilage and bone loss and chronic joint pain. Elk antler is a good source of chondroitin sulfate, glucosamine sulfate and glucosaminoglycans, which have potent anti-inflammatory effects and significant clinical implications in the treatment of osteoarthritis and other degenerative muscle, bone and joint conditions. A recent study concluded that the administration of Quality elk velvet antler to dogs was effective in alleviating osteoarthritis and improving their daily activity levels. Elk velvet antler should be included in osteoarthritis therapy to help reduce inflammation and pain.

Rheumatoid arthritis is a chronic inflammation of multiple joints in the body resulting in degeneration of both cartilage and bone. The administration of type ll collagen has been shown to result in significant reduction in joint swelling and pain of patients with rheumatoid arthritis. Elk velvet antler is also a significant source of type ll collagen, which may help reduce joint swelling and soreness.

A healthy and robust immune system is essential to resist many diseases and maintain good health. Recent studies have shown that the administration of extracts of velvet antlers resulted in significant immune stimulant activity.

Multiple studies conducted since the late 1960’s have shown that extracts of velvet antler can dramatically increase the dynamic work potential of athletes by increasing muscle and nerve strength and function. Recently, US researchers concluded that elk velvet antler may have positive effects in reducing body fat and increasing strength and power in men doing resistance training.

OTHER CONDITIONS Velvet antler may also assist in the treatment of inflammatory liver and kidney diseases and has been demonstrated to result in a mild reduction in blood pressure. Velvet antler may also benefit the elderly through protective effects against the onset of senility. Anecdotal reports suggest that velvet antler reduces the severity of symptoms in post-menopausal women. 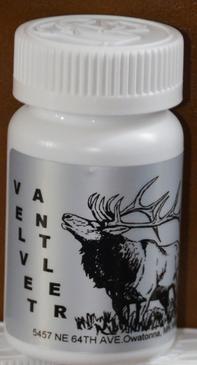